I like goldfish. I like the goldfish I’ve raised. I like ‘raising’ things…businesses, little wee animals, growing plants…it’s where my mothering instincts come out, maybe? Creating, mothering….they’re kind of the same.

But these fish. Oh, you may have read my several blogs about my fish, one where little Saska bit the dust…DAMN, it was traumatic…and all because I didn’t clean the tank in time…just as bad air is bad air, (we’d all die..OR, get sick!) and sadly, DAMN again, swimming around in too much of your own poo can cause you to bite the dust, or whatever the fishy equivalent is. DAMN once more. 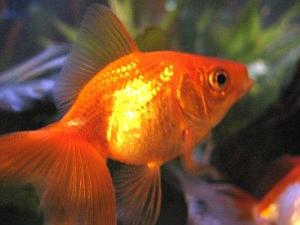 But lately, my fluffy….(I know they’re not fluffy, but my one Goldie looks fluffy), with her swimmy fins floating in the water, her curvy shape. You’d have curves too with all that dang swimming about. Well, Goldie, (I have momentarily stopped naming these babes….I’ve lost more than one this last year and naming them makes a ceremonial flushing all the more painful. And we DO have ceremonies at my house). 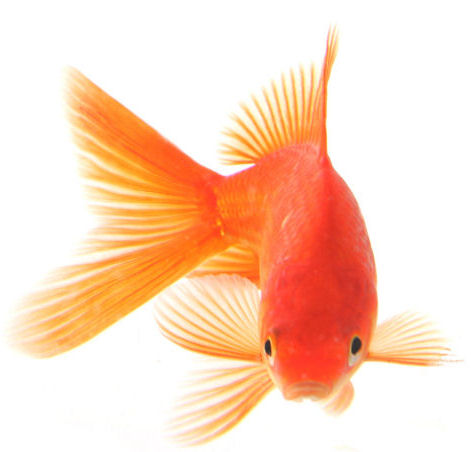 But ‘Goldie’….she’s had a rash (I guess it’s a RASH) around her gills of late and she’s been a tad lethargic. Her playmate went belly up over a month ago and I’d just not gotten her a pal yet. I wanted to see if she ENJOYED her freedom. I like living by myself, (well, with 6 animals and one or two fish)….and I pondered, perhaps she would like a little extra space, being a ‘girl’ fish and all!

But, (and it might have been the water situation as well, despite my tidying about and changing the filter more often since Saska’s passing). I got her a friend but honestly, he was a completely different variety, and the two just didn’t mesh. They tended to stay at opposite sides of the tank. Within a mere 5 days her new roommate, or rather, tankmate, tanked. Dead, with no time to fashion a parting note. Floating upside down, bobbing in the water near the bubble volcano. Sad hardly covers it!

‘Well, enough is enough’ said I…so I began changing the water….3/4 OUT and new, conditioned water in. I bought a new filter the next day and found a friend for Goldie, someone who looked more like her. Though we say ‘opposites attract’ I feel only to a degree.

Today my Goldies were swimming side by side, Goldie’s rash seems to be subsiding and well, she’s perhaps found her match and a clean home is always refreshing. So…dogs at my side, Petey and the other fur balls on my bed and nearby, smiling Goldies in the tank…living alone is not so at my house. It’s just not so!

For a woman who works the hours I do…certainly of late, I am reminded this early Sunday evening the necessity for play…with people we love, who ‘get’ parts of who we are.

BB and Janice with candy cigarettes and martinis!!

My friend Janice is one of those friends who makes me feel prettier, smarter, FUNNIER, more generous, inventive and generally a better person than I might feel I am….certainly with all the humanizing incidents that happen in a day, week, month or year.

Last evening Janice hosted a fundraiser for children’s education at she and her husband Dave’s home, (another fun sort). We all had a grand time with a Mad Men theme and decided for sure that we looked entirely like our parents. CRAZY.

The evening ended up with Janice having a visit to the ER, (an end of the party slip, not martini, but running child induced) and after we learned that Janice and her now stapled head, were fine, we guffawed all the more, imagining the stories we’ll tell her little girls when they are older…. remembering how YOUNG we looked, how fun it all was, putting the other less fun parts of our lives aside….remembering truly how minimal those parts are if we allow them to be.